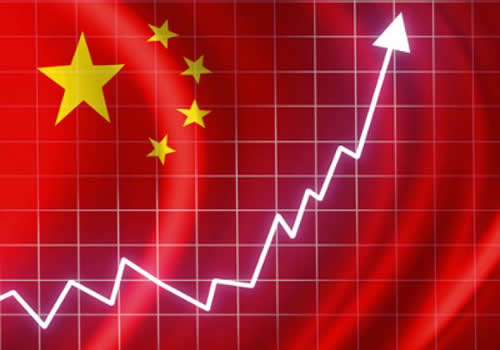 The economy will be one of the biggest challenges for the new Chinese leadership emerging from the Communist Party Congress, which continues in Beijing. The outgoing President Hu Jintao has already set a target for his predecessor of doubling income per person by the end of the decade.

Judging by¬†China’s recent performance, Hu Jintao’s target might be seen as easily achievable. It¬†implies¬†economic growth of about 9.6% a year, which is rather less than the average over the last three decades. But that growth was based on some elements that can’t last¬†indefinitely.

In common with many emerging countries, China’s economic success has involved a¬†rapid¬†increase in the number of industrial workers, many of them moving from rural to urban areas. There is a limit to that process, and China might be close to it already. Very high levels of investment have also been important, but they are not seen as sustainable.

There is also the central role that exports have played in China’s growth. The uncertain¬†outlook¬†in many rich country markets¬†casts a shadowover that too. Most economists think the transition that’s needed is to an economy driven much more by spending by China’s own consumers. As incomes have risen, so has consumer spending, but its share in economic activity remains unusually low.

The World Bank has¬†set out¬†reforms that might help change that, by reducing¬†incentives¬†to focus on exports, and industrial investment. The Bank also suggests a wider reform effort to make China more of a market economy. If that analysis is right, the prize could be many more years of strong economic performance and rising Chinese living standards.