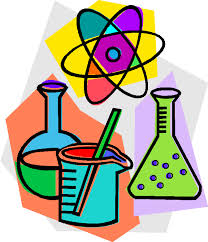 What is the Science? (Bilim Nedir?)

Science is a systematic enterprise that builds and organizes
knowledge in theĀ form of testable explanations and predictions about the universe.

In an
older and closely related meaning, “science” also refers to a body of knowledge
itself, of the type that can be rationally explained and reliably applied. A
practitioner of science is known as a scientist.

Since classical antiquity,
science as a type of knowledge has been closely linked to philosophy. In the
early modern period the words “science” and “philosophy of nature” were
sometimes used interchangeably.

By the 17th century, natural philosophy
(which is today called “natural science”) was considered a separate branch of
philosophy.In modern usage, “science” most often refers to a way of
pursuing
knowledge, not only the knowledge itself. It is also often restricted to those
branches of study that seek to explain the phenomena of the material
universe.

In the 17th and 18th centuries scientists increasingly sought to
formulate knowledge in terms of laws of nature such as Newton’s laws of motion.
And over the course of the 19th century, the word “science” became increasingly
associated with the scientific method itself, as a disciplined way to study the
natural world, including physics, chemistry, geology and biology. It is in the
19th century also that the term scientist was created by the
naturalist-theologian William Whewell to distinguish those who sought knowledge
on nature from those who sought other types of knowledge.

However, “science”
has also continued to be used in a broad sense denoting reliable, teachable
knowledge about a topic, as in modern terms like library science or computer
science. This is also reflected in the names of some areas of academic study
such as “social science” or “political science”.