Pollution Pollution is the introduction of contaminants into the natural environment that cause adverse change. Pollution can take the form of chemical substances or energy, such as noise, heat or light. Pollutants, the components of pollution, can be either foreign substances/energies or naturally occurring contaminants.
Devam Et 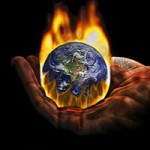 Global Warming Global warming is the rise in the average temperature of Earth’s atmosphere and oceans since the late 19th century and its projected continuation. Since the early 20th century, Earth’s mean surface temperature has increased by about 0.8 ÂḞC (1.4 ÂḞF), with about two-thirds of the increase occurring since 1980.
Devam Et